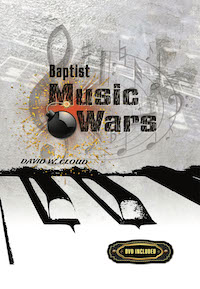 The following is excerpted from Baptist Music Wars (slightly enlarged), available for free reading and downloading from www.wayoflife.org:

A final reason why we are opposed to Contemporary Christian Music is that when it comes into a church (or into the life of an individual) it weakens the church’s Biblicist stance and results in a gradual lowering of standards of morality and doctrine.

The late Gordon Sears, who had an evangelistic music ministry for many years and ministered with Rudy Atwood, was saddened before his death by the dramatic change that was occurring in many fundamental Baptist churches. He warned:

“If a church starts using CCM it will eventually lose all other standards” (Bob Jones University, chapel, March 12, 2001).

“Perhaps nothing precipitates a slide toward New Evangelicalism more than the introduction of Contemporary Christian Music. This inevitably leads toward a gradual slide in other areas as well until the entire church is infiltrated by ideas and programs alien to the original position of the church” (Pickering, The Tragedy of Compromise: The Origin and Impact of the New Evangelicalism, Bob Jones University Press, 1994).

“Good fundamental Baptists and others that refuse the teachings of the charismatic crowd concerning tongues, signs, miracles, and so forth are now singing their music in our churches and preparing our people for the world, the flesh and the devil. It is the new Trojan Horse move ... to deaden our churches to spiritual truth” (Sears, Baptist Bible Tribune, 1981).

In New Neutralism II: Exposing the Gray of Compromise (1991), John Ashbrook observed, “As the message declines, so does the music.”

“When a church begins to move to the left, one of the first changes is its music. It is symptomatic of a church moving from a fundamentalist to an evangelical stance. ... the basic issue of CCM is a conformity to the world and the world’s music. It is a musical rejection of the biblical principle of separation. ... When the music shifts, a repudiation of separation in general is often not far behind. Dress standards are lowered or eliminated. Preaching against the world and its pursuits evaporates. Fellowship and association with groups and preachers toward the liberal side of the theological spectrum develop” (Sorenson, Broad Is the Way: Fundamentalists Merging into the Evangelical Mainstream, pp. 187, 212).

We can see this happening on every hand today.

The writers of the old hymns, though they were not all Baptist in theology, did not represent a movement that was brashly opposed to old-fashioned Biblicist, separatist Christianity, whereas the contemporary worship crowd most definitely does represent such a movement.

Dan Lucarini, author of Why I Left the Contemporary Christian Music Movement: Confessions of a Former Worship Leader, says:

“NO ONE SHOULD DENY THE POWER OF MUSIC TO PROSELYTIZE! Pastors in particular must defend their flocks from false teaching, heresies and ‘ear ticklers’ who bring worldly sensuality into the congregation; you are right to point out how easily this comes into a church through worship music. IT SEEMS WISER TO DECLINE THE USE OF WHAT SEEMS TO BE A PERFECTLY GOOD SONG, RATHER THAN TO GIVE ANY HONOR AND HINT OF ENDORSEMENT TO THE COMPOSER AND HIS/HER MISSION” (e-mail, May 24, 2009).

Offering: We take up a quarterly offering to fund this ministry, and those who use the materials are expected to participate (Galatians 6:6) if they can. We do not solicit funds from those who do not agree with our preaching and who are not helped by these publications. We seek offerings only from those who are helped. OFFERINGS can be mailed or made online with with Visa, Mastercard, Discover, or Paypal. For information see: www.wayoflife.org/about/makeanoffering.html.

MINISTRY
> About
> Contact
> Contact Bro. Cloud
> Statement of Faith
> Give an Offering
> Teaching/Preaching Audio
> Answers to Critics
> Are you saved?

Dressing for
the Lord